In 2015, we at Bamford’s suddenly found ourselves seemingly inundated with over 1,500 Pelham Puppets – stacks of standard ones many rarer ones, mostly boxed and all from one collector in Lincolnshire. All which needed careful cataloguing and which formed the sole component of three sales, 16th September and 5th November that year, followed by the last sale on 3rd February 2016. And, of course, they sold jolly well, making a cumulative total of £220,000. Twenty puppets sold for more than £500. The great advantage of a single collector’s sale like this is that, with the hammer prices, it more or less creates a ready-made pricing catalogue for collectors.

Pelham Puppets are simple painted wooden marionettes – colloquially ‘puppets’ - made in England by the well-connected Robert Henry (Bob) Pelham (1919–1980) of Ogbourne St. Andrew, Wiltshire, a great-grandson of the 3rd Earl of Chichester. Whilst the company, established in Marlborough in 1947, was mainly known for making marionettes, the firm also manufactured ‘proper’ puppets of the glove, rod and ventriloquist varieties.

The firm was originally called Wonky Toys Ltd., the name deriving from Pelham's WWII service nickname. As a Captain in the Royal Artillery, he became known as 'Wonky Donkey' from the small toy donkeys he made in between frenetic bouts of action. The company originally started making 'Waloukas', simple wooden toys held together with string. Bob then moved on to making marionettes to sell to children, a new direction, as previously marionettes had only been made for professionals. In 1948 the company changed its name to Pelham Puppets to reflect the change in focus.

One of the keys to the success of the company was the creation of the Pelpup Club for children, which helped to advertise the company's products. Also, in 1953 the company secured the right to manufacture Disney characters, and Pinocchio became the most popular of the characters they produced.

A factory fire in 1961 led to a lacuna, as a result of which new ranges were introduced and old ones discontinued. Pelham continued to head the company, assisted by his wife Ann (née Dalziel Mayer) and after his death, she continued with the business until 1986, moving the factory to Collingbourne Ducis, the year before. There was a further move to Gloucestershire in the early 1990s, but the company went into liquidation in 1993. However, in 2008 it was revived by a former employee, David Leech, and it now produces a new line of puppets, although some echo former styles.

Collectors categorise Pelham Puppets by head type. Those carrying the initials 'SS' have a spherical wooden head, 'SM' denotes models with a larger wooden head and an opening mouth, while the most common 'SL' puppets have hollow heads produced using a mould. At the Bamford’s sale, the commoner SL and SM puppets made around £20 to £45, LA examples ranged from £12 to 35 and SS puppets mainly fetched hammer prices of between £80 and £110.

Needless to say, the early wooden puppets made by Bob Pelham in the first days of production in the late 1940s command a premium, although a Wonky Toy SS Cowboy made a modest £37 in Bamford’s sale, but that was because the box was missing.

Among the rarities from the SM range are boxed figures of Punch, a very early issue with cast lead hands c.1947-48. Very few of this or one or two other early figures are known and it made £1,100, as did an ugly sister (from Cinderella), whereas a Fish Footman and the Cook (from Alice in Wonderland) made £1,300 and £900 respectively.

Previous sales have demonstrated the appeal of puppets depicting forgotten comic characters of the '50s and '60s. SL Harris Tweed and The Boy, introduced following a tie-up with Eagle comic around 1953, sold for £900 and £700 respectively. As always, condition is key. Also, both were boxed, the former including a promotional leaflet.

Other ranges include the LS range of 12-inch puppets with half wooden ball feet, wooden heads and waxed string holding the parts together, the JC (Junior Control) range, a smaller simpler puppet intended for younger children, and the Jumpette range, smaller again, much simpler and intended for infants and toddlers. There are also the A, LA or Animal, range usually non-anthropomorphic, the LA code being used on 1950s examples.

There are also the G range, which are glove puppets, usually with moulded heads and fabric or felt bodies, the Minipup, a range of smaller animal puppets, the WH range, the same size as JC puppets except having larger heads (the first to have printed faces) and the Vent range, simple ventriloquist puppets, made from 1968 onwards. The firm also made puppets to order for the professional market. These tend to be larger, ranging from 18 inches to 2 feet 6 inches high.

The most common models, due to the quantity manufactured, include SS Gypsy, SS Clown, SS Tyrolean Boy and Girl, SS Mitzi and Fritzi, SS Dutch Boy and Girl and SL Bimbo – a clown with black tailcoat, white face with colourful markings, bow tie and black and white check trousers in two versions, one much earlier with a slightly larger head, ears and hands, and the later, more common type, with smaller head, hands and ears. However, in the Bamford’s sale a giant (6ft. 9in) version of Bimbo (‘Bimbo the Giant Clown’) – to my mind hideously grotesque - made for Harrods in 1953 and displayed tin the shop’s foyer for many years, being unique made Bamford’s top price of £4,100.

The boxes the puppets were packed in usually denote the time period that the puppets were made. However the toys can be found in the wrong boxes, sometimes being sold in the wrong one, having been repackaged in a shop by mistake after display. Boxes to 1955 were two-part trays with lids made of brown card and a glued label. After that variations of the well-known yellow box were used. Late ones are candy-striped. 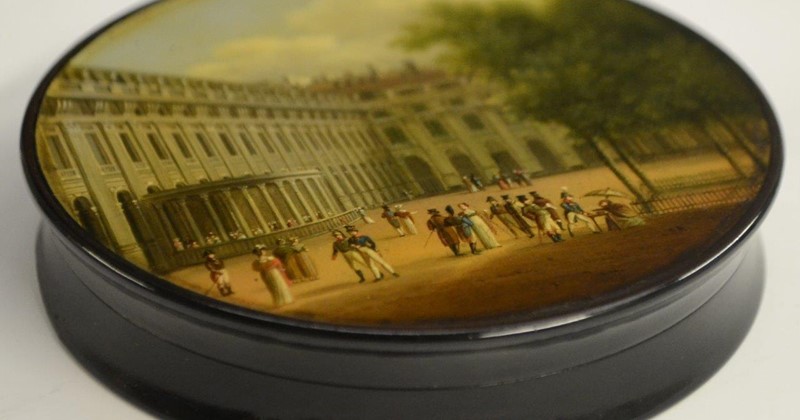