A SENSATIONAL PRICE
A PAPIER MACHÉ SNUFF BOX
AT BAMFORD’S SEPTEMBER FINE ART SALE
MAKES £20,000
At Bamford’s first post-lockdown fine art sale, held at their Derby saleroom 9th to 11th September, an early nineteenth century papier maché snuffbox achieved a sensational hammer price of £20,000 (£26,360 with commissions) against a conservative estimate of £200-300.
At a fraction under 10 inches in diameter, this snuff box was made to rest on a dining table from which gentlemen could take snuff whilst enjoying their post-prandial cognac. The black lacquered body is set off by the miniature conversation piece painted on the lid probably by the Brunswick firm’s founder, Johan Heinrich Stobwasser (1740-1829).
The exquisitely executed scene depicted on the removable lid is of the gardens inside the courtyard of the Palais Royale (Royal Palace) in Paris, originally built for Cardinal Richelieu (of Three Musketeers fame) by architect Jacques Lemercier and later bequeathed to the King, whose successors built the arcaded ranges depicted on the box, designed by J. H. Mansart. The fashionable figures depicted, sone in military uniform, suggest, by their costume that the setting is contemporary with the box: the French Restauration, when Louis XVIII was restored to his throne after the final fall of the Emperor Napoleon I – exactly as those depicted in Capt. Gronow’s Celebrities of London and Paris in 1815.
The underside is titled, signed and numbered 887 in flowing script. Stobwasser, although from Brunswick (Braunschweig) in Lower Saxony – the Duchy of which was restored in 1815 after capture by Napoleon – moved the works to Berlin in 1772, but their products, in papier maché and copper were still invariably known as Brunswick or Stobwasser boxes. Stobwasser himself was the first of three generations of family to run the works and all were skilled painters, so it is often difficult to discern whose hand actually wielded the brush on any one individual item, most of which were, as here, signed without initials.
The real shock at the 9th September sale was the fierce competition on line which resulted in a record price for one of these boxes, for the best of them rarely make more that £2,000.
On this occasion, a keen collector was unable to deny himself the pleasure of taking his après dejeuner snuff from this splendid example of Germ an craftsmanship with is associations of the Restoration of the Bourbon Kings of France!. 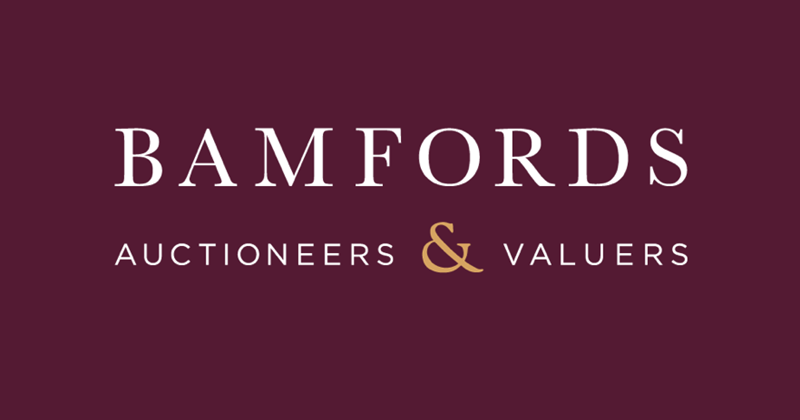 A statement about Covid-19 (Coronavirus)